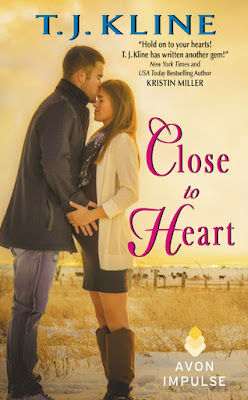 It only took an instant for her world to come crashing down…but Heart Fire Ranch is a place of new beginnings, even for those who find their way there by accident

As the only veterinarian in town, Justin Hart doesn't have time to think about romance. So when A-list actress Alyssa Cole crashes her car outside his clinic, it's entirely unexpected when there's a spark between them he can't ignore. Still, she's a movie star, and he's just a small town cowboy.

Alyssa has learned the hard way not to believe first impressions, especially not in Hollywood. But, 400 miles from her former life with nowhere to go and no one to turn to, she places her trust in the handsome vet who comes to her rescue.

There's no denying the connection between them, but when Alyssa's past shows up at the door, will their new relationship be able to withstand the storm?


Author Info
T. J. Kline was raised competing in rodeos and rodeo queen competitions since the age of 14, She has thorough knowledge of the sport as well as the culture involved. She has had several articles about rodeo published in the past in small periodicals as well as a more recent how-to article for RevWriter. She is also an avid reader and book reviewer for both Tyndale and Multnomah.

Posted by Ryan Alexandra at 9:30 AM